Len started Chriscan, a family-owned business in 1992 building custom homes throughout the Okanagan.  His high standards and attention to detail quickly earned Chriscan the reputation as a reliable and quality builder.  Under his leadership, the company grew earning multiple Tommie and Georgie awards for excellence in home construction.  In 2004 Len diversified the company’s operations into commercial construction and tenant improvements while maintaining a strong presence in the residential market. Not long after, the company was running a successful commercial and residential division.

On January 1, 2020, after 27 years of leadership, Len retired to spend more time with his family and on the golf course.

Jim is now the owner and president of Chriscan Construction.  He started with Chriscan in 2004 as an apprentice carpenter earning his red seal carpenter certification in 2008.  He moved quickly up the company ladder to site supervisor, then project manager and on January 1st, 2015 was welcomed into ownership. Over the next 5 years, thanks to the guidance of his mentor, Len Suchocki, Jim developed the skills to run the day to day operations of the business.  On January 1, 2020 Jim became sole owner and president of Chriscan Construction.

With Jim’s extensive knowledge of construction and excellent management skills, he plans to continue growing the company while maintaining the high standards that have always been associated with Chriscan.

Paul has been with Chriscan since 2003.  He is a certified red seal carpenter and estimator.  He is involved in many residential projects and over the last few years has been instrumental in the growth of Chriscan’s commercial division most notably in the areas of tenant and landlord improvements, such as dental offices.  Paul takes great pride in mentoring many of our carpenters during their years as apprentices through to successfully gaining their certification as journeymen carpenters.

Lee has been with Chriscan since 2005.  During that time he gained his certification as a red seal carpenter and has become an outstanding Project Manager, running multiple projects simultaneously, both commercial and residential.  His expertise and knowledge is recognized by his coworkers and Chriscan’s clients.

Shaun has been with Chriscan since 2014. He is a red seal carpenter with 13 years construction experience and 4 years’ experience managing sites. His attention to detail is noticed and appreciated by clients he works with.

Chad has been with the Chriscan team for since 2016. He is a Site Supervisor and brings 14 years of construction experience to his position.

Jason has 18 years of Carpentry experience – most of it up until recently was with millwork and finishing. Jason first started working with Chriscan as a millwork sub-contractor and worked on many projects with us from 2007-2014. He started as employee of Chriscan in 2015 and became a site supervisor in 2019.

Karen has been a key member of the Chriscan team since 2005.  She is responsible for the bookkeeping, payroll and general office administration.

Tammy joined the Chriscan team in 2017. Her knowledge in the construction industry is an asset in her role as Office Administrator. 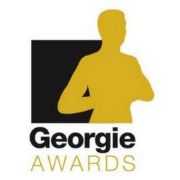